In Pixel Scan, players are tasked with figuring out what the image on the screen is. The catch is that players are only able to see a smaller sliver of the image, at a time, as it slides across the screen. Is it a letter, an animal, a star?

This game will have players thinking outside of the box spatially to figure out what each shape is.

Pixel Scan features a sleek minimalistic design with dozens of puzzles ranging from easy to challenging. The game also features additional modes that will increase the overall difficulty of the game.

“It’s a unique challenge that’s just the right balance of difficulty and achievability. When you figure it out, there’s this great sense of accomplishment and you feel clever. It really makes you learn how to look at it differently.” says Thomas Bennett, developer of Pixel Scan.

Pixel Scan is available now for iPhone™, iPod™ Touch, and iPad™ users running iOS 6.0 and higher. Get it now in the App Store.

Imagine, for a second, what the world of scanner would look like… pixel by pixel, taking note of what’s there and not there, putting each line together to ultimately form a complete image. Pixel Scan takes this concept and flips it on its head.

Given just a small viewing area, an image slides across the board. Your task is to figure out what the image is based on what limited view you have. 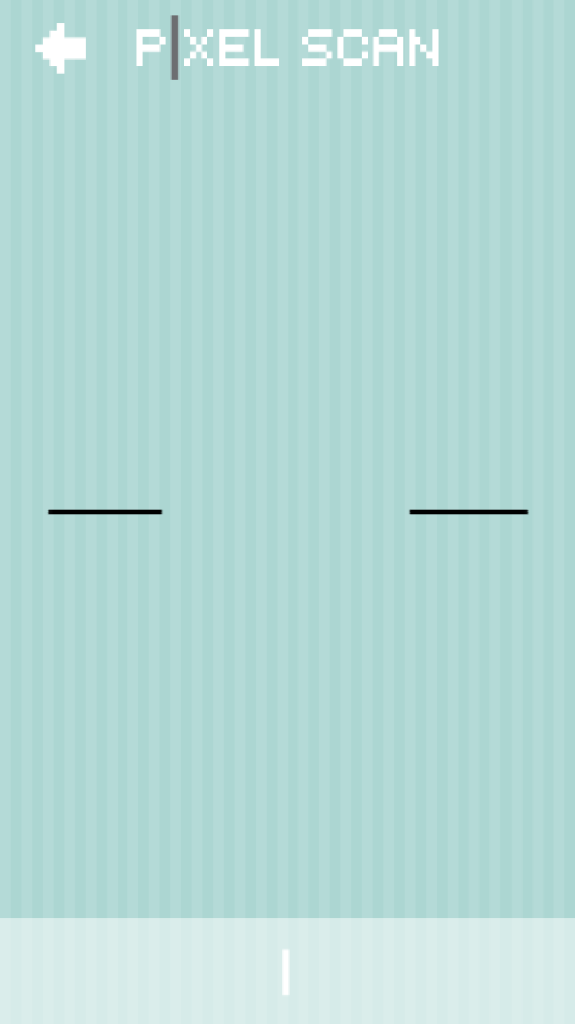 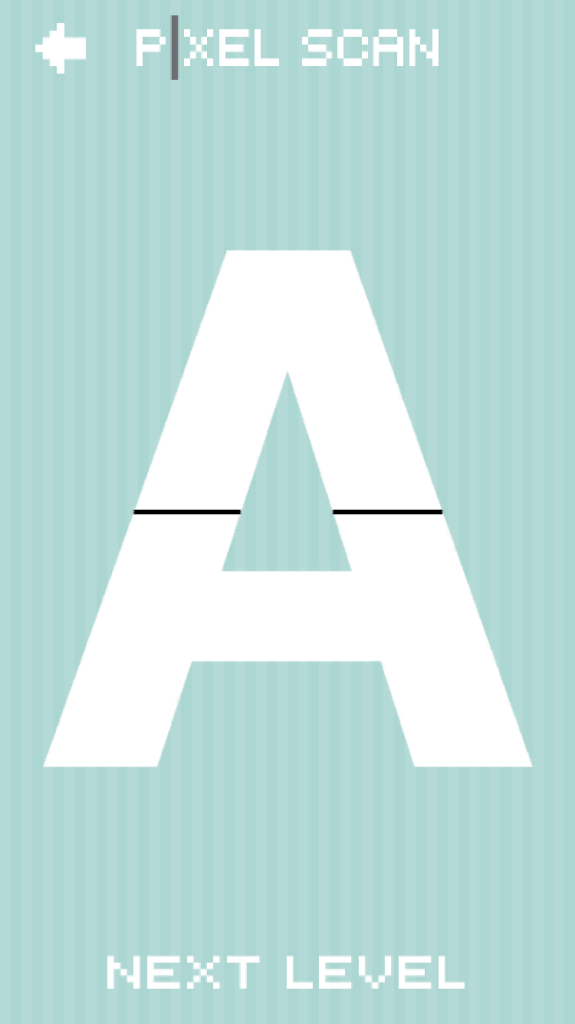 Pixel Scan will have you twisting your brain in new and interesting ways. Download it today and start enjoying varying puzzles and levels of difficulty for free!

Penguins Escape from the Zoo. Help Feed Them in Penguin Shuffle.

Los Angeles, California – Today, OmNom Apps released Penguin Shuffle, a simple penguin-themed, puzzle game for iPhone™, iPod™ Touch, and iPad™. In it, players take on the role of a wandering adventurer who accidentally stumbles upon a waddle of penguins. These penguins have escaped from the zoo and found their way to Antarctica. They don’t have their trainers to feed them though.

The goal of Penguin Shuffle is to get as many penguins to their desired meal. To do this, players must swipe penguins on the board to get their target colored penguin to their preferred colored fish in the shortest number of moves. To make things a little more difficult though, penguin slide all the way until they hit an ice block or a wall. As squid is considered a delicacy in this world, any penguin is more than happy to feast on them.

Penguin Shuffle features fun graphics and easy gameplay for up to 6 players. Play with friends for an exciting board game experience.

Penguin Shuffle is a game that is simple enough for kids to pick up but complex enough for the whole family to enjoy, or as Anastasia Chidester explains, “A real colorful and engaging party puzzle game! Great to play with the kids and friends alike.”

Pick up your own copy of Penguin Shuffle today–now available for iOS and Android.

What do you get when penguins from a zoo escape and find their way back to Antarctica?

You get a whole bunch of starving penguins. 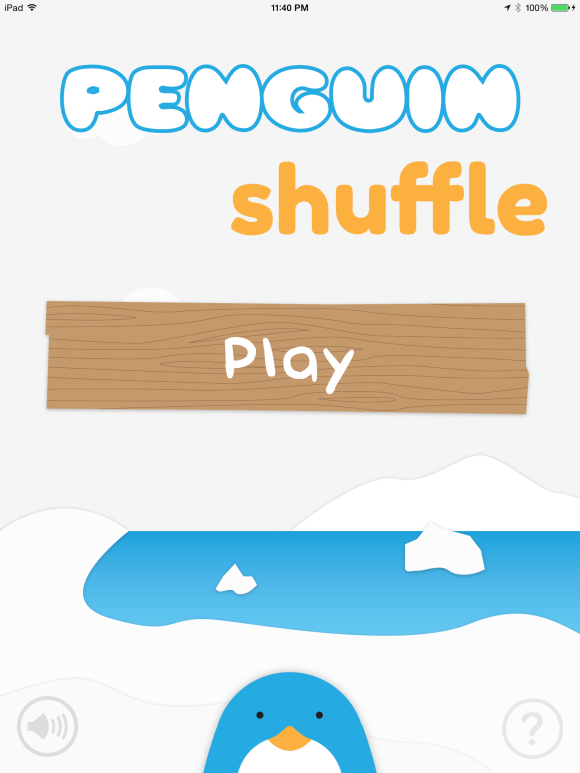 As a wandering adventurer, it’s your task to help acclimate your feathered friends back into the wild–showing them how to find food for themselves. 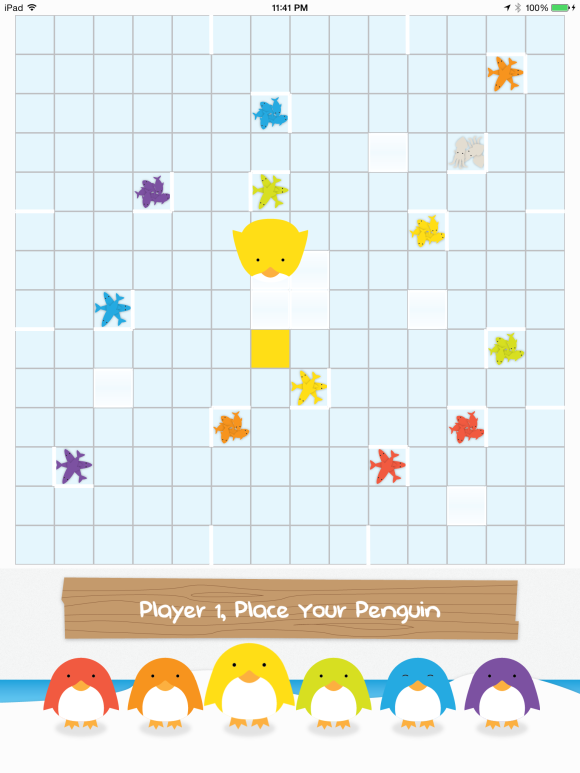 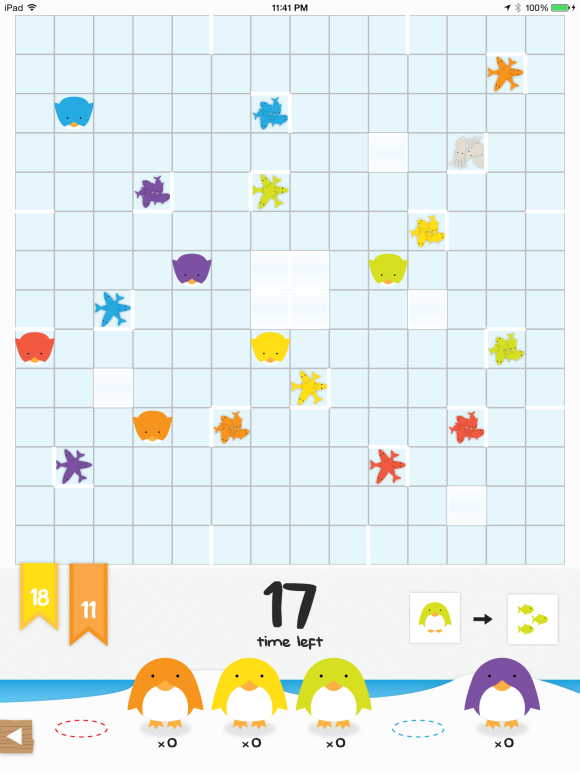 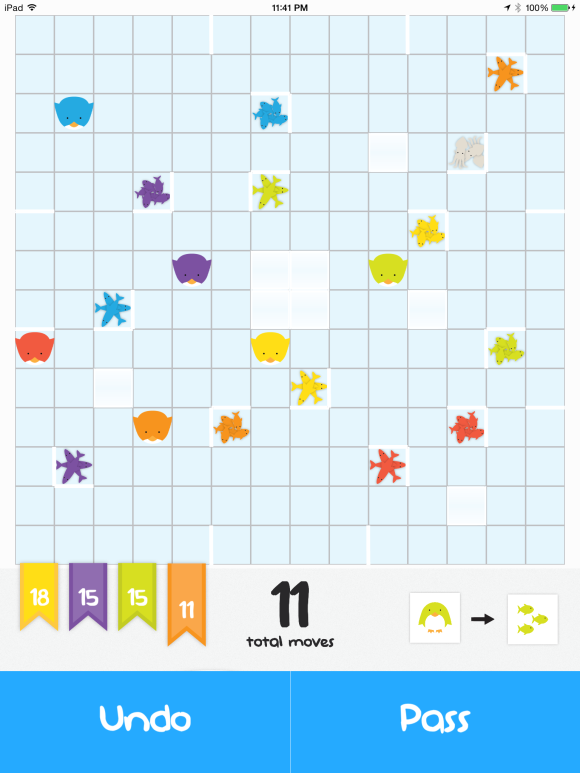 Penguin Shuffle is available now for iOS. Download it today!