So many people enjoyed Anagram Twist that we decided to create an even more awesome word game. We call this mobile game Anagram Academy. The game play is pretty similar to Anagram Twist with players having to create words ith a set of six letters. In Anagram Academy though, scholars, as we like to call them, race against the clock to score as many points as possible. 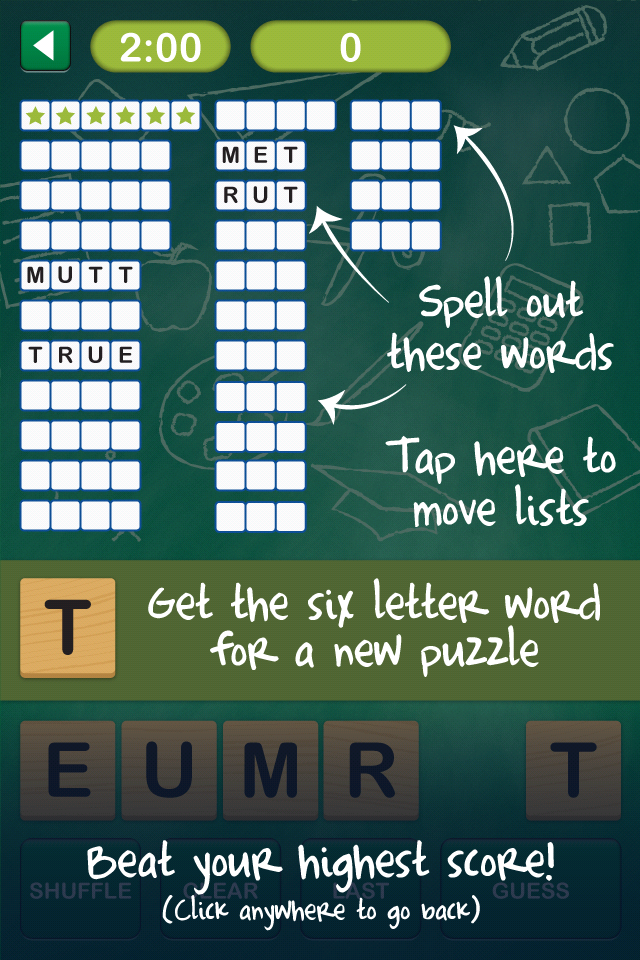 Players get two minutes and a puzzle. After figuring out the six letter word, they can move onto a new puzzle. Do the scholars stay on the current puzzle because they can create a lot of words, or do they move onto the next puzzle? After two minutes, players can view solutions, share their score on Facebook, and compete against friends in Game Center. 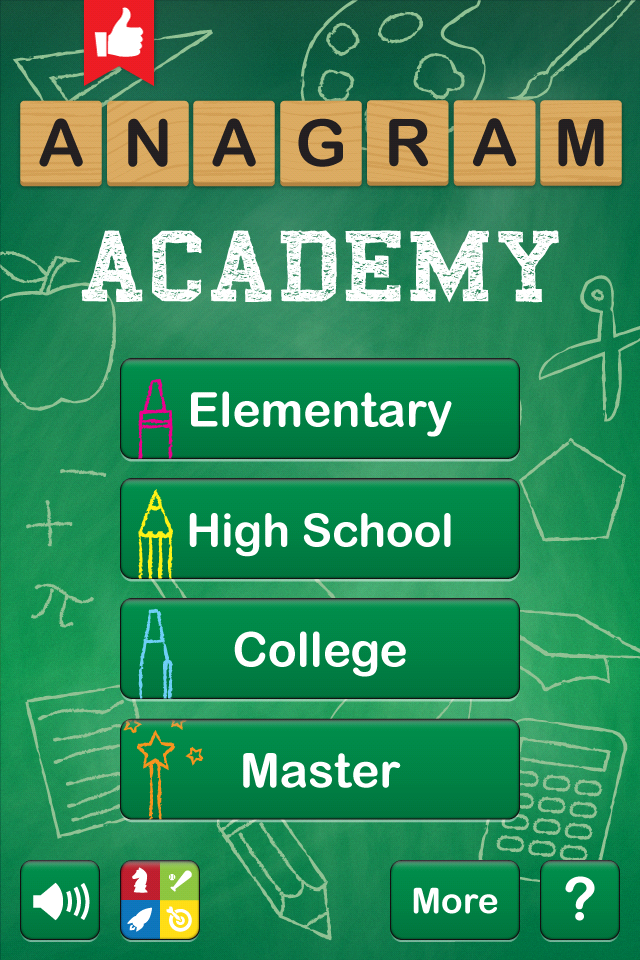 There are four levels–elementary, high school, college, and master. Each level gets progressively harder but is worth more points. These levels also correspond nicely to words that are required for related education levels (ex. elementary contains six letter words that the average elementary school student should know). 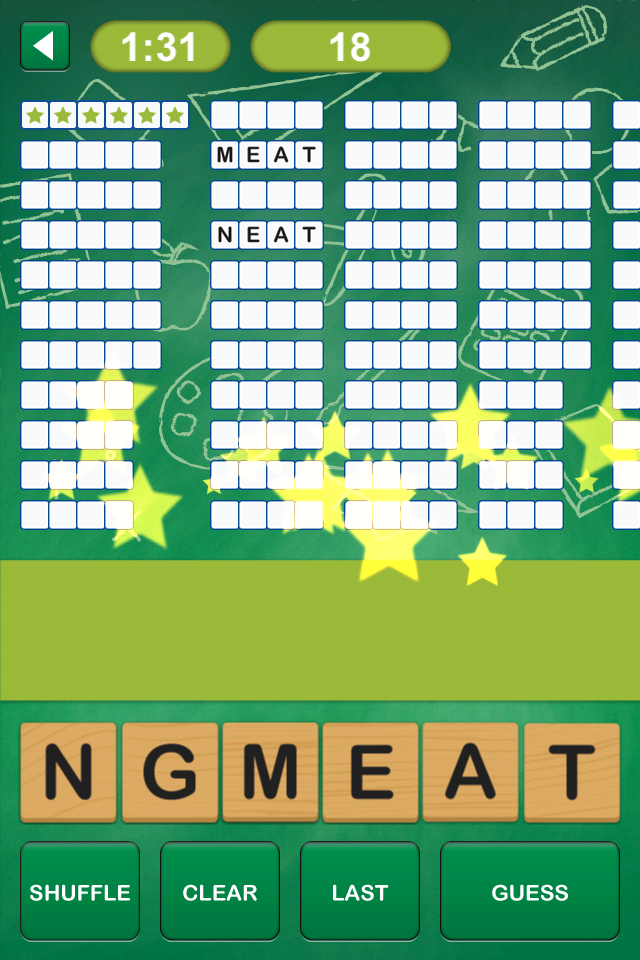 Can’t figure out all of the elementary words? It’s okay, we won’t judge (our word bank utilizes the official SOWPODS list… which has a lot of words). We will say, though, that Master is indeed pretty difficult. 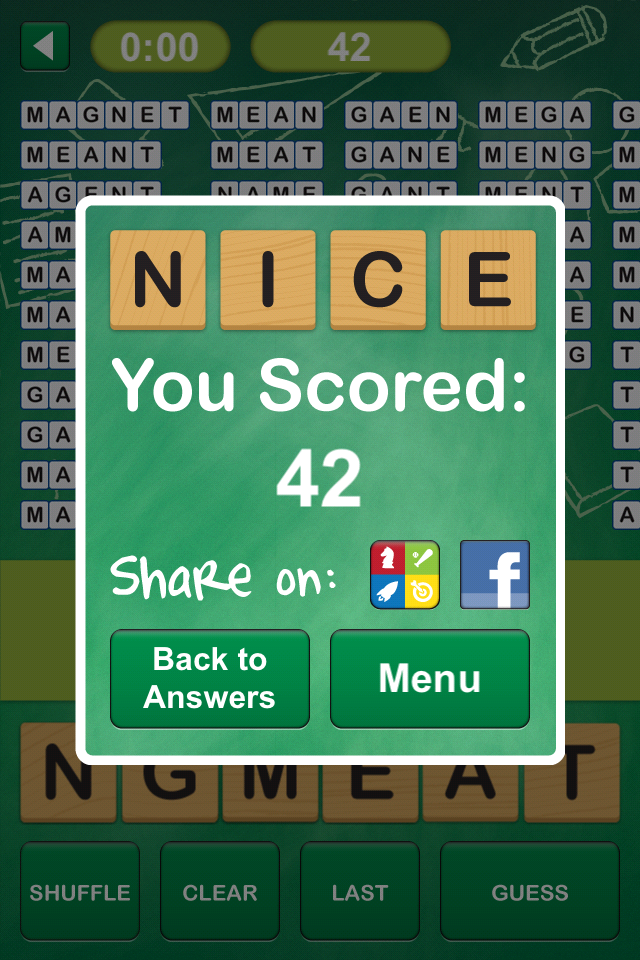 Do you have what it takes to become an unscramble master?

Step up to the chalkboard and game on! 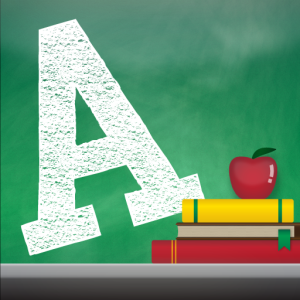